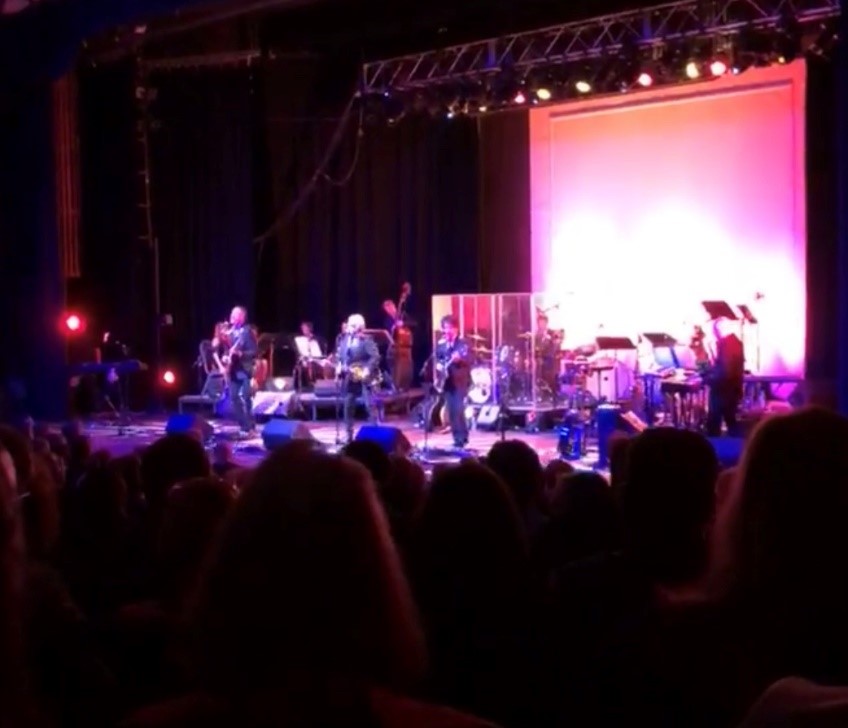 Music is alive in Monmouth county!

Monmouth County music lovers and beyond celebrated The Beatles this month on the campus of Monmouth University. And ShoreTV New Jersey’s resident Beatles’ fan checked it out!

The four day event celebrated the 50th anniversary of The Beatles’ masterpiece from 1968, The White Album.

The White Album is a monumental work of art when it comes to music and the history of The Beatles. The album includes many favorite Beatles’ songs such as “Back in the U.S.S.R.”, “Blackbird”, “While My Guitar Gently Weeps”, and “Helter Skelter”. Coincidentally, these songs are still relevant in today’s world and show just how genius The Beatles were in their song making. 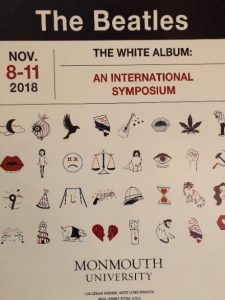 *A billboard for the event. Each icon represents each song on The White Album, can you name them all? 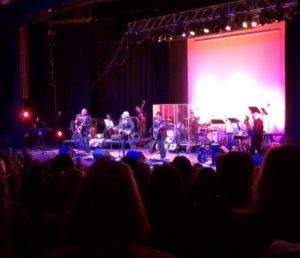 On hand at the Monmouth County music event were many musicians, keynote speakers and special guests. Some special guests included, Ken Mansfield, a Beatles’ insider and former US Manager of Apple Records, and Mark Lewinsohn, a well-known author that has written many best-selling books on The Beatles. Many people who have worked with the Beatles in the past were in attendance, making this an event that no Beatle-lover, or music lover in general would want to miss! The famous Beatles’ tribute band called The Weeklings kicked off the event with an explosive performance of songs on The White Album along with other Beatles’ favorites. Other musical performances throughout the rest of the weekend event included The DP Jazz Ensemble from Asbury Park. 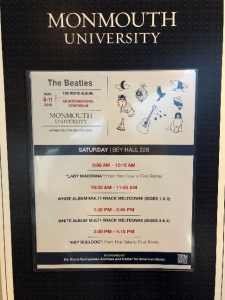 *A poster of the day’s schedule at The Beatles’ White Album: An International Symposium 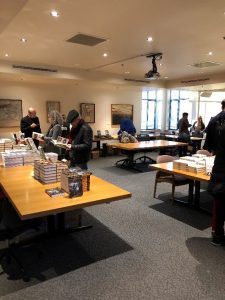 *Many people checking out books written about the Beatles

Shore TV New Jersey was on the inside taking it all in, learning about the history of the Beatles and this historic album. You couldn’t help but feel inspired as you went from panel to panel and event to event. New Jersey and especially the Jersey Shore are home to many aspiring musicians, so of course, an event like this is one brought them all together! 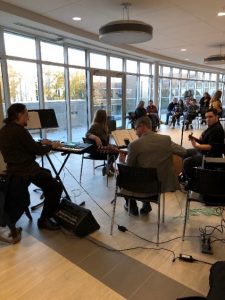 ShoreTV New Jersey sat down with the organizer of the event, Kenneth Womack, the Dean of the Wayne D. McMurray School of Humanities and Social Sciences at Monmouth University. We caught up with Dean Womack after the event where he told us that the turnout was much larger than the school’s Springsteen event back in April! (sorry Bruce fans) Also, there were five or six countries represented at the symposium, and people who joined in from all over the U.S.

Womack explained that the main message behind the entire event was about elevating the discussion of music criticism, he calls it “edutainment.” Basically, this involves exploring cultural works that are important to us and why we love them so much. The work in discussion being The White Album, was all about The Beatles making connections to culture and society. Womack says these connections were most apparent in songs like “Revolution,” the name stands for itself, and “Blackbird”, which was about the growing racial tension in the United States at that time.

No doubt this was a special gathering for music lovers at the Jersey Shore….right on the campus of Monmouth University. Attendees were all there for the same reason—sharing a love for the Beatles, and forming connections that any musician hopes to make! As a musician myself, this event was a treat…and no doubt a time to jam!

The area in and around the Jersey Shore is home to wonderful events throughout the year.  ShoreTV New Jersey’s events calendar is a great place to start to find out more.  https://shoretvnj.com/calendar/  And you can be sure when ShoreTV New Jersey visits those events and places, we’ll share the inside story with you.

Now let’s have some music fun and share with us your favorite Beatles’ song below!