Long time New Jersey news anchor and Jersey Girl Janine Strafaci brings you ShoreTV New Jersey.  Janine draws from more than 20 years reporting on all the news, people and places in the Garden State and creates a site that features a place close to so many of our hearts and childhood memories: The Jersey Shore and the communities around it—from the beaches to the farms and everything in between.

Watch it. Live it. Love it. 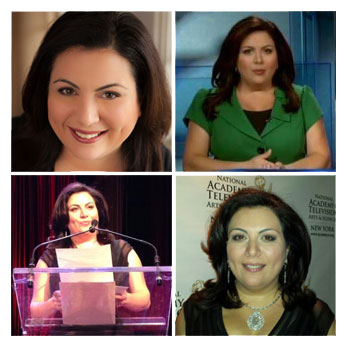 Janine Strafaci is a two-time Emmy Award winning news anchor. For nearly 17 years, Janine served as one of the main news anchors for News 12 New Jersey. She is a Jersey Girl who has covered most of the major news events that have hit the Garden State. Janine is a recognized and welcomed face as she has worked tirelessly over her news career to help better the lives of the people of New Jersey by helping them tell their important stories.

Janine is a Jersey Girl and happy to be home to share her enthusiasm about New Jersey with you, the viewer. Her life, along with her career as a journalist, began in this State. Janine is a graduate of Queen of Peace High School, North Arlington. Janine graduated from Boston University, with honors, earning a B.S. in Broadcast Journalism and a B.A. in French Language and Literature. During college, Janine lived in France, where she hit the airwaves with entertainment reports for Oui FM, Paris. Upon graduating from BU, Janine worked as a newspaper reporter for the Ocean County Observer. From there, she hit the airwaves as a news anchor and reporter for WOBM FM, Ocean County, and as a news anchor for Adelphia Cable Channel 8 before arriving at News 12 New Jersey.

Janine enjoys meeting all of you. She takes every opportunity to speak with businesses, organizations and schools throughout the State and share her pride in New Jersey. The Jersey Shore area is close to her heart and that is why Janine is committed to spreading the word about all of the wonderful people, places, organizations and businesses that make our State such a special place to live and visit!